To provide all our customers with an amazing, hassle free, trekking adventure.

Thistle Trekking started from very humble beginnings back in 2011. After being inspired by the combination of the beautiful scenery that the UK has to offer and the interesting people you meet while exploring it, we wanted to introduce more people to the idea of trekking the UK’s long distance trails. So in 2011 we organised our very first guided long distance trek on The West Highland Way and Thistle Trekking’s own journey begun! Since 2011 we have gone a very long way and not just on foot! Each year the company has expanded so that now we offer a large range of open treks so that anyone can join a guided group and enjoy the trails of the UK. We also work with corporate groups to provide team building treks, charities to provide fund raising treks and many private groups to create bespoke treks to suit everyone needs. We haven’t stopped at treks, we also provide navigation courses, scrambling weekends, mountain days and soon walking weekends. Our journey is far from over and we look forward to welcoming new customers each year as well as welcome back our repeat customers year after year.

All our staff; walking guides, trek managers and office staff are all qualified British Mountain Leaders and lovely people! Read more about some of our team below:

David is the director of Thistle Trekking. He has a love for the Scottish mountains and is never more at home than when he is setting off into the Highlands with a tent in his pack. He enjoys an airy scramble and a chance to get his hands on the rock. When not out on the hill he can be found poring over maps planning the next adventure, or out on his bike clocking up the miles. His enthusiasm for the Scottish mountains and glens is never dampened, even by the weather! 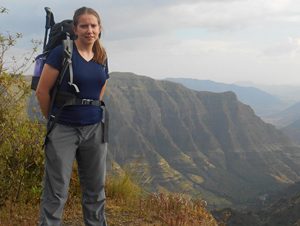 Scarlet is the former director of Thistle Trekking and was also one of the founders of the company. Having stepped back from the running of the business she now returns as one of our guides. She begun working in the outdoor industry back in 2006, initially working at a corporate team building and high ropes centre in North Yorkshire. After realising that it was a job she wanted to make into a career for life, Scarlet begun a multi activity outdoor instructor apprenticeship in Scotland. She then became a qualified instructor gaining her Mountain Leader Qualification as well as qualifications in Kayaking, Climbing, Canoeing, Sailing and Archery. Her trekking experience has taken her all over the world including Nepal, Morocco, Ecuador and Ethiopia and to altitudes of around 6000m. 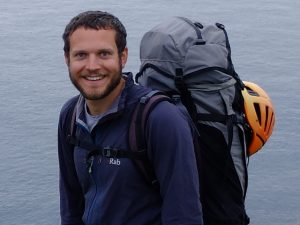 Ollie is a qualified Mountain Instructor having worked and lived in all the major mountain ranges of the UK. A passionate climber he can normally be found hanging off a cliff somewhere and has put up new routes in Morocco, Greenland and Chile as well as climbing throughout Europe. He enjoys adventures throughout the world with his last trip being a month in Greenland. Closer to home, Skye and the North West Highlands are some of his favourite places where he tries to spend as much time as possible. 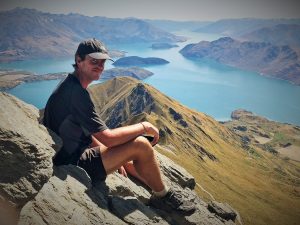 Ed is a qualified Mountain Leader who has been working as an outdoor instructor both guiding adult groups and working with young people in schools or on overseas expeditions. An accomplished traveller, Ed discovered a love for trekking in the canyons and mountains of South America and has since applied this to the hills and trails of the UK. He is a passionate environmentalist and can often be found mending footpaths, dry-stone walling or running educational sessions on conservation issues. 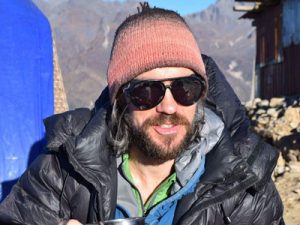 Harry has been exploring the UK’s mountains for more than 20 years, as well as walking climbing and mountaineering around the world from New Zealand to the Alps, Morocco to Greenland. Introducing others to the beauty of the UK’s hills is his greatest pleasure. A keen rock climber, cycle tourer and ski mountaineer. He is always planning an adventure, be it an evening fell run or a month long trek in the Himalaya. 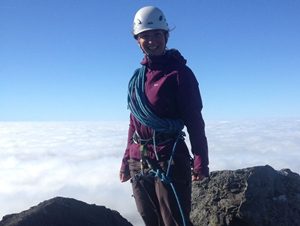 Rosie graduated from an outdoor degree in 2014, whilst studying she completed her Mountain Leader Award along with other outdoors qualifications. She has worked for years in the outdoor industry, in scout centres, education centres, and on Overseas Youth Expeditions. This passion for educating others about the world and the natural environment has taken her to India, Nicaragua and all over Europe 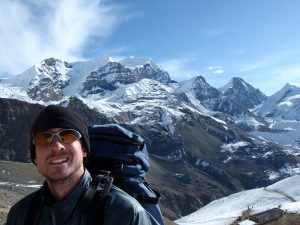 As a qualified Mountain Leader and Mountaineering Instructor, Tom spends almost all of his time climbing and trekking in the UK and abroad. This winter he headed off to work in Antarctica and spends his working life running overseas expeditions. Tom trekked in many parts of the world including Kyrgyzstan, Mongolia, Uzbekistan, Borneo, Peru, Nepal and Cambodia. His passion is and always has been the Highlands of Scotland and he has spent more time there than anywhere else. Tom also enjoys ice climbing, alpine mountaineering and fell running. 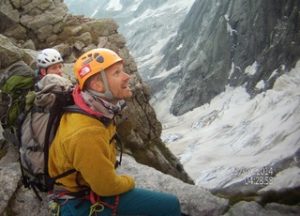 Deano is a climber, mountaineer, trail runner and snow sports enthusiast that after 10 years in the environment sector is retraining to share his passion for adventure with others. He has climbed 6000m peaks in Nepal, scaled mountains in the Alps and recently ran the Ultra Trail du Mont Blanc. While in the UK Dean can be found running the fells of the Lake District, climbing the stunning coastline of Pembroke and mountaineering in Scotland. 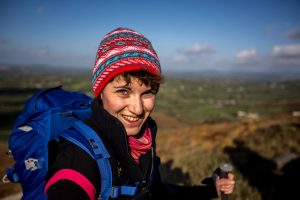 Cecilia has been hiking since she was very young, and has been guiding people in the hills for the past couple of years. She has travelled all over Europe and hiked in the Alps, the Pyrenees and all over the UK. She has a great passion for long distance walking, and has completed some walking trails in Spain, Ireland and Wales. When she is not walking she also enjoys cycling, rock climbing and mountaineering. 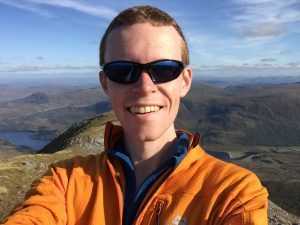 John is a qualified ML, passionate about passing on his knowledge and skills, and sharing his enthusiasm for the hills with others. He first developed his love of the outdoors in the Scottish Highlands and has explored many of the wilder and more remote corners of the Highlands, in all seasons. He has built up an intimate knowledge of the Scottish hills and glens as well as a keen interest in the ecology, geology and history of the natural environment. He also enjoys getting his hands on rock and has completed many of the UK’s classic scrambles and is a keen rock climber. 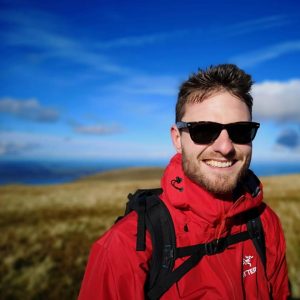 Edd moved to Scotland from south of the border to pursue the dream of having the mountains as an office. He has a passion for anything outdoors related from bushcraft and the natural environment to mountaineering and winter climbing. In a previous life he worked in Recruitment and Sales before having a eureka moment and deciding to qualify as a Summer Mountain Leader, Winter Mountain Leader and Climbing Wall Instructor and hasn’t looked back since! He works both nationally and internationally with adults and young people helping enthuse, inspire and impart skills that he’s learned along the way 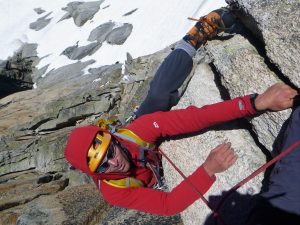 Originally from Kent, David moved to Scotland 10 years ago to work as a pot washer in an outdoor centre on the Isle of Raasay. Soon becoming an instructor David is never far from the hills, be it walking, climbing or running the world over. With trips to Africa, Indonesia, India, Himalayas and Canada. On days off based in Fort William, he goes on walks with the dog or rides on the road bike. 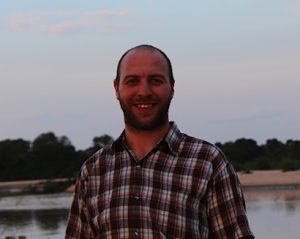 Denry swapped a career as a physiotherapist to follow his passion for the hills. He feels very fortunate to have had so many opportunities throughout his life to explore our beautiful mountains and rivers, and wanted to pass this opportunity on to others. He now works as a ski instructor in winter and as an outdoor instructor in summer. Denry has travelled in Australia, Tanzania, the USA and Europe. The warm response he has received from both clients and colleagues fuels his passion for taking people into our beautiful landscape. 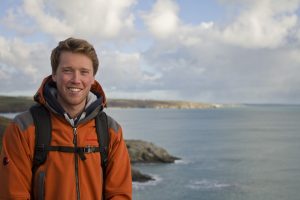 Dan has probably spent about 98% of his life so far outside or at least trying to be outside. This was all achieved by choosing practical outdoor-based courses all through his education, and getting fully involved in anything that includes the ocean or the mountains. In a typical weekend, or if he’s got a spare hour or two, you’ll find Dan outside surfing, cycling, exploring or practicing his new sport – kite surfing, no matter what the season! With five years as a freelancer, Dan has led well over 20 overseas school expeditions, visited many amazing countries, climbed exposed mountains, paddled pumping rivers, surfed gnarly waves and eaten his fair share of mystery dinner dishes from foreign roadside restaurants in various corners of our wonderful world 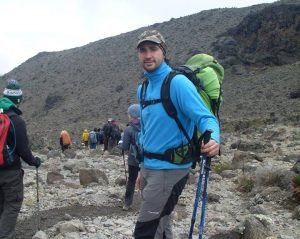 Alex has been exploring and traveling the mountains and valleys of the UK for 8 years now with his achievements including a trek further afield, up Kilimanjaro in 2015. He has been leading mountain adventures for the past two years and loves providing people with a journey to remember. With aspirations to lead expeditions in the Americas, Africa and Himalayas he cherishes every moment in the mountain environment. 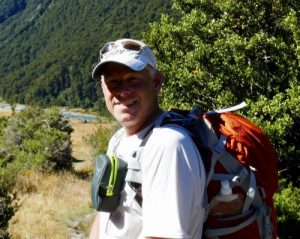 Ian has worked globally in outdoor education and team development for over 30 years. He has walked, climbed and kayaked in most areas of the UK, has explored Greenland and Iceland by ski, sea kayaked with Orca in New Zealand and mountain biked the Porcupine rim in Utah. He is passionate about sharing his love of the outdoors with others and believes that the sea and mountains of Scotland takes some beating. 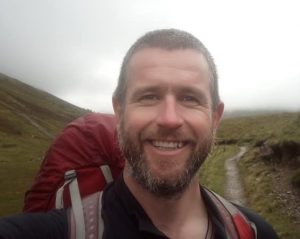 Ian has worked as a guide for the last five years and loves being able to share his passion for the outdoors with others. In spite of having worked all over the world from the jungles of Borneo to the mountains of South America he has a special place in his heart for the long distance of footpaths where it all began for him with a self supported Coast to Coast walk. He loves books, birds, cooking and rugby and is an improving and enthusiastic landscape photographer.